Erica Stancliff started her wine education very early. She was in grade school when Paul Hobbs joined the Trombetta family one evening and was asked how he came up with the flavor descriptors for wine. After pouring everyone, including Erica, a glass of Pinot Noir, he asked each one what they smelled. Erica instantly started naming the spices and fruits that she detected and, after being allowed a sip or two of the wine, described the flavors embodied in it. Thus, her long journey into winemaking began.

She earned a B.S. in Viticulture and Enology from California State University, Fresno, in 2010 and then went on to internships in 2011 at Vina Cobos S.A. in Mendoza, Argentina, and Rudd Wine Estates in the Napa Valley. This was followed by over two years as the Enologist at Enartis Vinquiry in Napa and a final internship at Paul Hobbs Winery.

Erica was named Winemaker at Trombetta Family Wines in Forestville in 2010, and then added the Assistant Wine Maker title with the premium Pinot Noir label CIRQ in the Russian River Valley, CA, from Michael Browne of Kosta Browne renown.

She brings passion, humor, curiosity, and steadfastness to produce the highest quality wines without compromise. She augments her expertise as a wine professional by traveling internationally to share enological best practices and to be updated on the latest technologies in the field.

As a measure of the respect she has in the field, Erica regularly sits on North Coast Tasting panels, including the 2013 International Wine Channel Competition and San Francisco’s 11th Annual Pinot Noir Summit.  She is also the current VP of the Petaluma Gap Winegrowers alliance.

Trombetta Family Wines have received multiple scores in the mid-90's for their Pinot Noirs and Chardonnay wines from Robert Parker and Wine Enthusiast with Erica as Winemaker.

Erica is the consulting winemaker for all of Stressed Vines' wines including our 90 Point Pinot Noir. 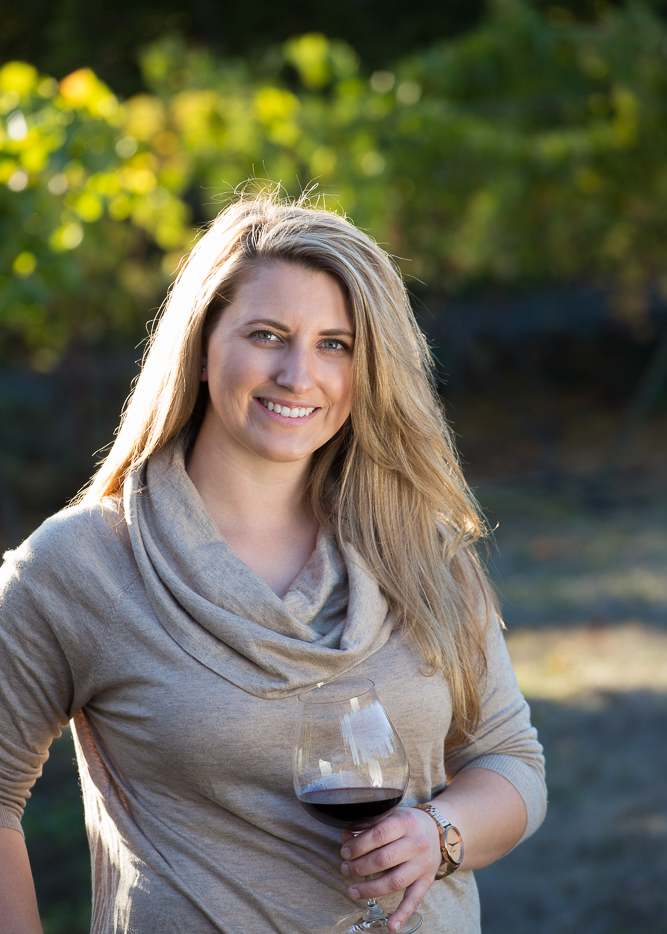